Dandruff. It might be a benign condition, but it’s not something we’d wish on anyone—unless we didn’t like them very much! It’s often perceived as an embarrassing problem which can affect people personally, professionally and socially, damaging the sufferer’s self-esteem and confidence.

Anti-dandruff shampoos have been around for a very long time. Many of the well-known brands are based on various chemically-based formulas which are commonly used to manage dandruff.

Organic products are now more widely available than ever, and many can be just as effective as the established chemical formulations.

Here we’ll look at the reasons to choose an organic anti-dandruff shampoo and what to search for when buying organic, as well as exploring some of the best organic preparations on the market. 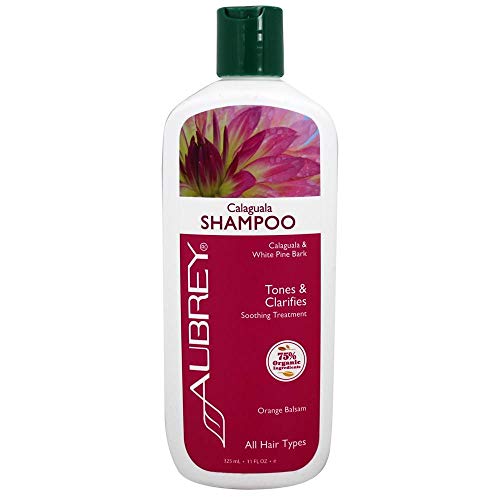 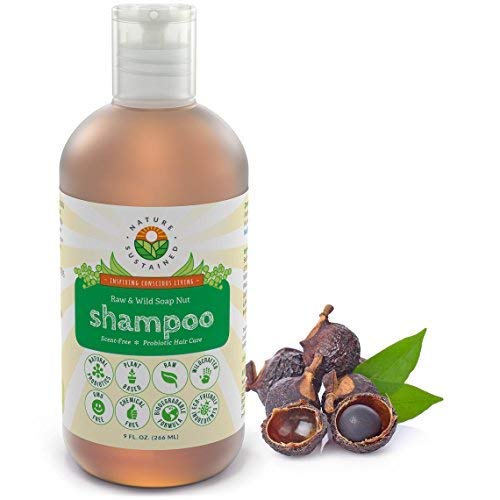 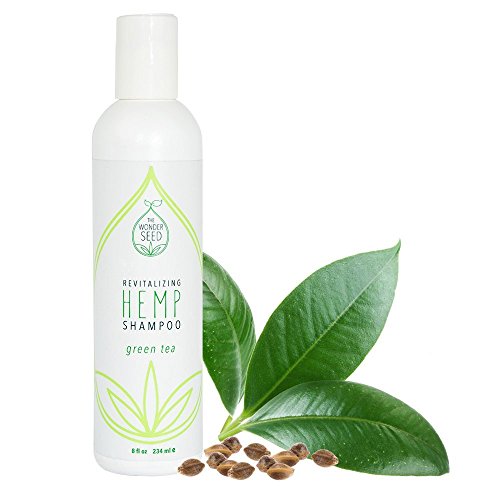 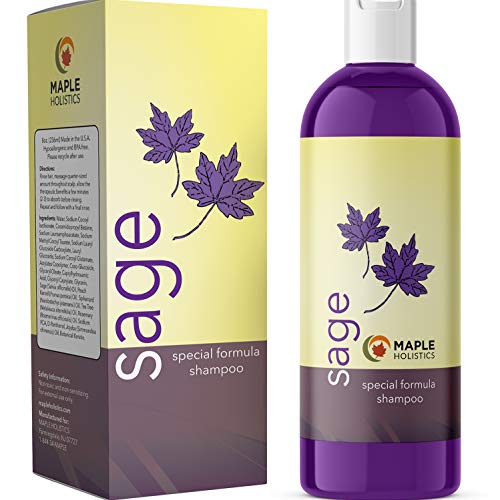 A formula including tea tree oil and jojoba reduces dandruff symptoms. Contains no parabens and is vegan friendly.

A formula including tea tree oil and jojoba reduces dandruff symptoms. Contains no parabens and is vegan friendly.
Check price

Dandruff is the excessive shedding of flakes of skin from the scalp or other hair-covered part of the body. The skin mixes with oils that are naturally produced by the skin, and the dust and dirt we’re exposed to throughout normal everyday life.

Along with the characteristic flakes that can be highly visible in the shoulder area, other symptoms of dandruff include inflammation and irritation of the scalp accompanied by uncomfortable and annoying itching on the scalp or other affected area.

Scientists report that they haven’t yet established the exact cause of dandruff, but it’s most likely linked with certain factors. Skin disorders such as psoriasis, eczema and seborrheic dermatitis are associated with increased incidence of dandruff.

A specific type of yeast-like fungus, called Malassezia has also been associated with dandruff. Although Malassezia is naturally present on the skin, scientists have observed that dandruff is most usually accompanied by increased levels of this fungus.

It’s not clear, however, whether increased numbers of Malassezia directly cause dandruff or if this fungus, which feeds on the skin, reproduces above normal numbers due to having additional food sources in the form of dandruff.

Why an Organic Dandruff Shampoo?

Whether it’s down to caring for the environment, a general reluctance to apply chemicals to the skin, or due to a specific problem or health condition, many people are turning to organic products and natural ingredients to avoid the use of chemicals.

Some people find that while chemical preparations work well at first, over time, they don’t work well with the body to balance the production of natural scalp oils, and both hair and scalp can end up excessively dry or oily. Some people even find their dandruff worsens in the long term.

Organic dandruff shampoos contain natural ingredients that are much more gentle and beneficial—to the hair and scalp and general health—than harsh chemicals.

Natural ingredients mean less impact on the environment, too, with many organic dandruff shampoos having biodegradable formulas and responsibly sourced packaging. This is another reason why people choose organic products.

What to Look for in an Organic Dandruff Shampoo

While all organic dandruff shampoo preparations are made using natural, organic ingredients, different shampoos will use a varying blend of elements to produce their specific product.

Here’s a guide on many of the ingredients used in organic dandruff shampoos, and how they help:

This has been proven in research to be an effective antibacterial and antifungal agent. This means that tea tree oil can help reduce the amount of Malassezia present on the scalp. Tea tree oil therefore assists in the treatment of dandruff by reducing the amount of fungi present.

Another ingredient that’s been shown to be have very effective antibacterial and antifungal properties. Aloe vera is excellent at soothing the itchy symptoms of dandruff, and can prevent the formation of dandruff flakes.

This increasingly popular oil helps to moisturize the scalp, and has strong antibacterial and antifungal properties. Many people report that preparations using coconut oil are extremely effective against dandruff.

Some people, however, find coconut oil doesn’t suit their skin and hair type, and in a minority of cases it has been known to make symptoms worse, which is important to be aware of.

Jojoba oil has long been associated with benefits to hair health. Made from the seeds of the jojoba plant, this oil can help dandruff by reducing inflammation, soothing the itchy symptoms caused by flaking skin and moisturizing the scalp, preventing skin flakes from forming.

In recent years, apple cider vinegar has become regarded as a cure-all, fix anything remedy. It certainly has many uses, and well-established antibacterial and antifungal properties.

While there isn’t currently a wealth of scientific information about using apple cider vinegar for dandruff Dr. Marie Jhin, spokeswoman for the American Academy of Dermatology, states that it may well be useful in treating dandruff due to its antifungal properties.

Dr. Jhin also highlights that the acidity of apple cider vinegar could also help dandruff by increasing the sloughing of the skin on the scalp.

Lemongrass oil is an essential oil which has known antimicrobial, antifungal, anti-inflammatory and astringent actions. One clinical study which tested the effectiveness of a preparation containing lemongrass oil found significant results in terms of reduced dandruff flakes after only seven days of use.

Argan oil is produced from the kernels of the argan tree, which is known as ‘the tree of life’ in Morocco; a country long-associated with producing high-quality argan oil.

It’s been used for many different purposes in the ancient Indian practice of Ayurvedic medicine.Argan oil is rich in vitamins, antioxidants, omega-6 fatty acids and linoleic acid, which has been identified in scientific studies to help reduce scalp dermatitis and flaking skin.

Olive oil is an old traditional remedy for dandruff. It’s a natural anti-inflammatory oil, full of powerful antioxidants, vitamins and minerals, as well as having antibacterial properties which can help decrease the symptoms of dandruff.

Olive oil can also really soak into the affected areas of the scalp and loosen the existing skin flakes while moisturizing and soothing the underlying skin, preventing further skin flakes from forming.

This fat-soluble vitamin is a powerful antioxidant and anti-inflammatory agent, and is found in wheat germ, some oils, fruits, grains and nuts. Scientific studies have established that vitamin E is hugely beneficial for maintaining healthy skin, and is used to treat eczema, acne, burns and scars.

Vitamin E can also help to promote good blood circulation to the scalp, and helps to retain the natural levels of moisture in the scalp, preventing flakes from forming.

Which Is the Best Organic Dandruff Shampoo?

There are so many different products on the market, and not all of them suit everyone. If you find one product doesn’t work well for you, it’s worth trying a preparation with different ingredients.

To aid your search, we’ve selected five of the best widely available organic dandruff shampoos, and reviewed them to highlight their advantages and disadvantages to make it easier for you to make the best choice.

Aubrey Organics says this shampoo is based on an ancient Mayan recipe. Users found it had a distinct scent, but reported this wasn’t unpleasant, and noticed hair and scalp felt much cleaner and less oily. Users liked the lather produced, and reported this shampoo is gentle enough for everyday use.

While most people found this product didn’t dry their hair out, a minority disagreed. The vast majority of people found this shampoo just as effective as the top known brand chemical-based alternatives and as one of the least expensive shampoos reviewed, users were very impressed with the price.

This product was not only impressive in terms of effectiveness; it also impressed users with the transparency and simplicity of the natural organic ingredients and the use of fermentation to produce a probiotic shampoo. The majority of users found this product has a nice natural scent, lathers well and hailed the dramatic anti-dandruff results.

The only downside was that some people found this shampoo dried their hair out when not used with the same brand conditioner. Although this was the most expensive shampoo we reviewed, most people thought it was well worth the cost.

This product combines nourishing hemp seed oil and Aloe vera with coconut and jojoba oils, green tea, nettle and ginseng extracts to produce an organic dandruff shampoo that was very popular with users, who were impressed with its gentleness and pleasant scent.

Many people commented that this shampoo produces a satisfying lather, which can sometimes be a problem with these types of products, and where impressed not only with results for dandruff but also with the cleanliness, softness and shiny condition of their hair, although a few people found it dried their scalp out too much.

This shampoo was a big hit with users. Some people found a dramatic reduction in dandruff flakes and itching after only one use. Most users found it gentle enough to use everyday and noticed their hair felt healthier and shinier, although some found it didn’t work for them, and caused irritation for a very small number of users.

In general users liked the smell, but some people found the herbal scent very strong. As the lowest priced products we reviewed, most people thought this shampoo was good value for money.

Of all the products reviewed, the general consensus was that the best organic dandruff shampoo is the Aubrey Organics Calaguala Fern Shampoo. Users found this product very pleasant to use, and mild enough for everyday hair washing.

Most users found this shampoo to be highly effective against dandruff; equal to well-known brands, in some cases. People liked the level of scalp oil control, and the clean, fresh hair feeling. Compared to many other similar products, users also thought this shampoo was excellent value for money.